Over the last 4 billion years, Earth and Life have been through radical changes. A complex series of interactions between each other produced the world as we know it, from which we extract resources, and with whom life interacts continuously. Contrary to what our senses would make us think, life shaped Earth’s crust, and Earth’s crust shaped life. However, their changing trajectories are commonly studied separately. In CoEvolve we research how these interactions have changed over time, and how this has, in turn, influenced evolution. 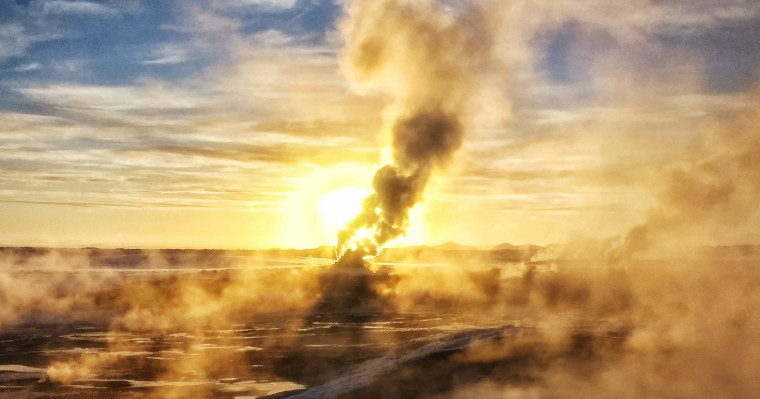 Why it is important

The project advances our understanding of how life powers itself, and how our planet and life have coevolved over time. Our fundamental research has a number of future applications including: the bio-remediation of toxic heavy metals and polluted sites, the manipulation of the human microbiome, and new approaches to the search of life in the Universe.

The project in detail

Both life and the rocky planet we know today would have been different or could never have existed were it not for the presence of the other. In other words: the biosphere and the geosphere have co-evolved for about 4 million years as a result of the constant influence of one another.

The balance that has been established between life and the planet is given by cycles, called biogeochemical cycles, with microbes playing a key role. Life and rocks engage in interactions that influence each other and keep the planet habitable. Microbes like bacteria and archaea hold a set of proteins that contain metal such as iron, copper, molybdenum and more, called metalloenzymes. These proteins are key to harness energy needed for survival, and are responsible for several biogeochemical reactions that allow bacteria to interact with, and transform, the environment they live in. This interactions influences the evolution of the planet. On the other hand, Earth provides the metals required by these microbial proteins, whose quantity and availability changed over time. Life and the Earth are deeply connected, in a billion-years long process of co-evolution. In this process, the relationship between metal availability and metabolism evolution has been largely overlooked and it is the main focus of the Co-Evolve project.

A metalloenzyme responsible for hydrogen utilization in thermophilic organisms containing a NiFe metal center and a number of FeS clusters.

To better understand the co-evolution of the biosphere and the geosphere, we will travel to where metals reach the surface from the depths of the Earth, like hydrothermal vents and hot springs. After collecting samples, we will combine laboratory experiments and computer analysis. With the gathered information we will build models that will help us understand and predict how few epochal events can lead to massive planetary changes, such as, for example, the ones caused by the rising levels of oxygen.

This project was supported by funding from the European Research Council (ERC) under the European Union’s Horizon 2020 research and innovation program Grant Agreement No. 948972—COEVOLVE—ERC-2020-STG.