the CoEvolve team heads to the Svalbard islands, Norway, to investigate on permafrost and life 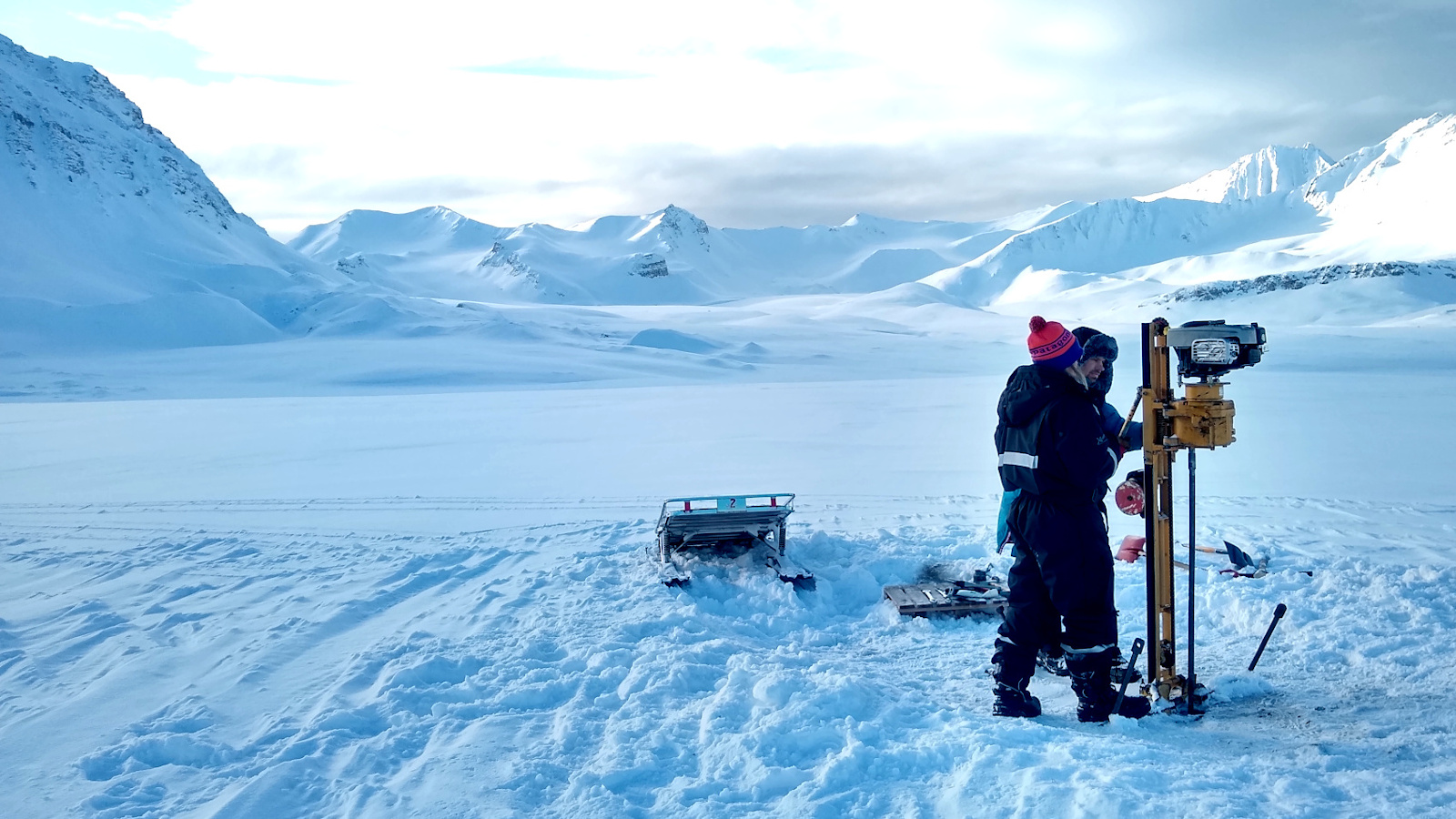 How do microbial communities are changing as a consequence of melting permafrost in the Arctic? As the polar regions are warming up, microbes in the soils are increasingly active. Which is resulting in more greenhouse gas being released into the atmosphere. Aiming to better understand how life in extreme regions behaves, and it’s response to global warming, the CoEvolve team lead by Donato Giovannelli is leaving to the north, for an expedition in the high arctic.

Their mission is to collect soils samples the Arctic permafrost during the dark days of the polar winter, with the goal of assessing the metabolic activity of the microbes in the frozen soil just before the summer melt starts. What for humans are extreme environments, for some bacteria is simply normal. In fact, microbes are capable of metabolizing (or “digest”) carbon even at very low temperatures, and some of them definitely like it cold. The lowest temperature at which a microbe can be currently grown is -18 °C, and with average soil temperatures of around -2 °C there is plenty of room for microbial activity in these frozen soils.

Knowing more about microbial metabolism, or the way they “digest” carbon or other elements, may help climate scientists too. Since modern permafrost measurements started in the 90s, the warming of permafrost has been well documented, with an increase in ground temperatures by by 0.18°C/year and the thickness of active layer (the surface layer of soil that melt during the arctic summer) increasing by 5 cm/year. This means that permafrost (the permanently frozen portion of soil somewhere at depth below the active layer) is very rich in organic carbon. This carbon is used by microbes as a food source. Every time the temperatures rise a little, and a little more permafrost becomes an active layer, the microbes can eat carbon more easily.

The CoEvolve team brings its unique expertise on metals to study this problem. The type of greenhouse gas produced by microbes will depend on many factors: the type of microbes involved, the nature of the carbon substrate and the metabolism used to degrade it. This final aspect of the equation can be influenced by the availability of metals, and this is exactly what the team hopes to understand with this expedition.

Together with project leader Donato Giovannelli, will be microbiologists Martina Cascone and Francesco Montemagno, from the Giovannelli Lab, University Federico II of Naples. Joining them in the field also the gas geochemist Carlo Cardellini from the University of Perugia, an expert in gas fluxes and composition will be tasked with directly measuring the products of the microbial activity.

The Arctic project, called MeltingICE and funded by the Arctic Research Program of the Italian Ministry of Research will produce data on permafrost microbial communities that will be leveraged by the CoEvolve project. The team will be hosted for two weeks by the CNR Arctic Base “Dirigibile Italia”, located in the high Arctic at the Svalbard Islands (Norway).

Microbial Ecologist and Entrepreneur working on the microbiology of extreme environments. Professor of Microbiology at the University of Naples Federico II were he works on the coevolution of Life and Planet, passionate about everything, expert in nothing, happy to chat about anything. Donato is the Principal Investigator of the ERC CoEvolve project.