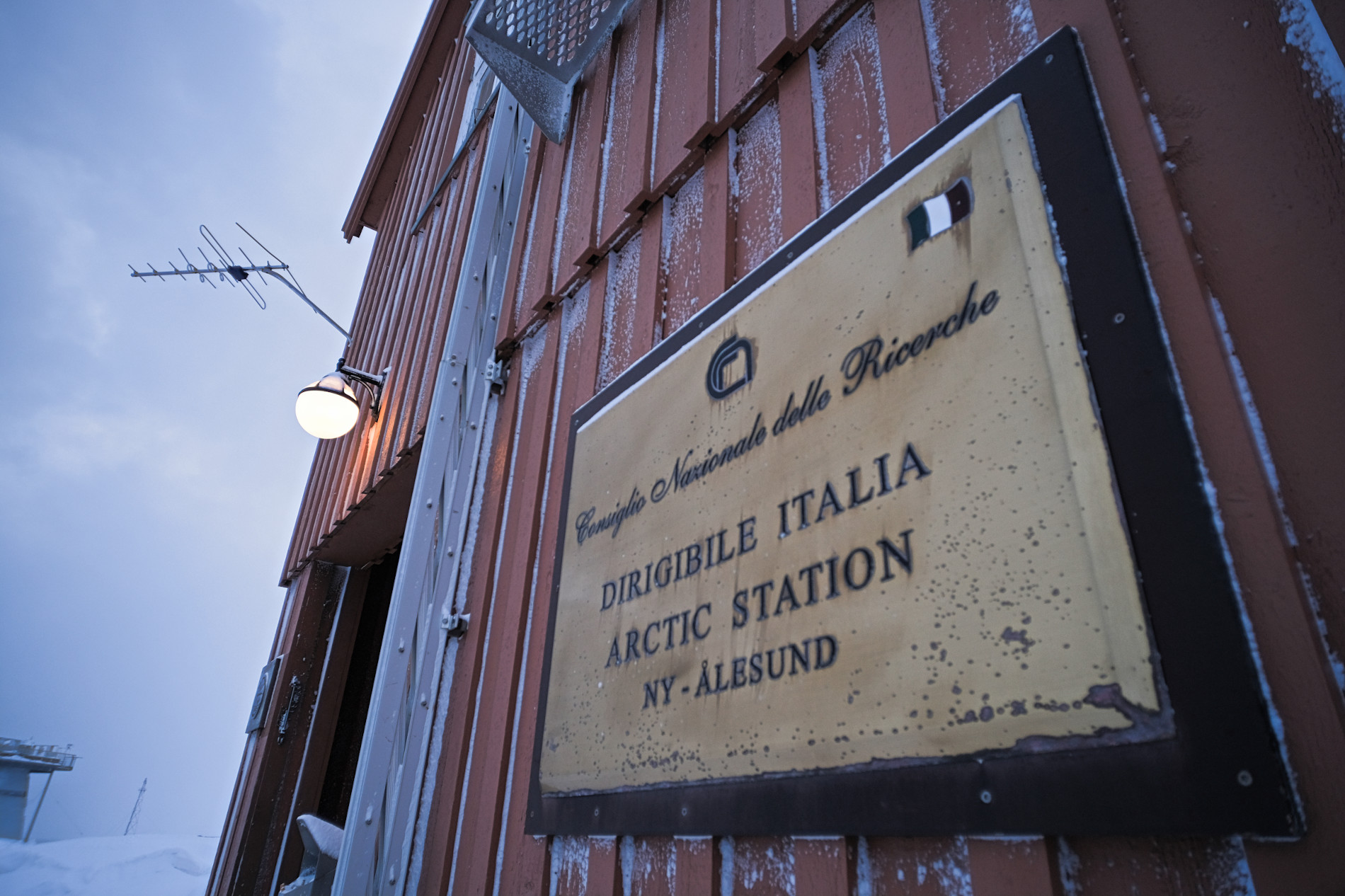 Over the last decades, the Arctic has played an increasingly central role in the global climate change discourse. In this context, the Svalbard archipelago represents one of the research fronts, where researchers are actively trying to understand the impact of global warming on the melting of permafrost and the consequent greenhouse gas emissions.

The winter expedition to the Svalbard islands aimed to investigate the impact of the melting permafrost on the microbial communities that inhabit it and quantifying the greenhouse gases these microbes produce. Our team consisted of three microbiologists, Donato Giovannelli, Francesco Montemagno e Martina Cascone, who dealt with the cores sampling; a geochemist, Carlo Cardellini, who took care of the gas flows measurement, and a scientific journalist, Jacopo Pasotti, who followed us throughout the mission in order to document the whole process, starting from the experimental design definition to the data collection.

This expedition took place between the winter months of February and March 2022, and will be followed by a second expedition, in the month of June, during which we will evaluate the differences between the winter and summer months. During this first expedition we were able to sample in six sites. We collected a total of twenty-five samples. The sampling locations were chosen all in the same area, close to the Italian station Dirigibile Italia in Ny-Ålesund (79°N, Svalbard), located on the Brøggeralvøya peninsula, in the northwestern part of Spitsbergen, Svalbard. As the expedition took place in the winter months, the low temperatures and the amount of light available were the limiting factors. Daylight was a limiting factor: the months of February and March are the ones in which the transition takes place from the complete absence of light at the beginning of February, up to 15 hours of light at the end of March. Therefore, during our stay in Ny-Alesund, we were able to witness the transition and the progressive increase of the hours of the day, going from 5 or 6 hours of light on our arrival, up to 8 or 9 hours at the time of departure.

As far as temperatures and weather conditions are concerned, these were certainly the factors that most influenced our everyday work, limiting, for example, the amount of time we could spend working in the field. In addition to the obvious difficulties that come to mind thinking about having to work at -30 ° C, we had to consider measures to protect our electronic devices, whose batteries could not withstand those temperatures. In each site a core drill was used to extract sediment cores, in order to evaluate the microbial communities at different horizons, i.e. at different depths (about 4 depths for each site). We had to use hot water in a thermos to be able to detach the samples taken by the core drill, which remained attached to the metal due to the cold. In addition, on two occasions, temperatures plummeted and the wind was too strong, preventing us from working outside. 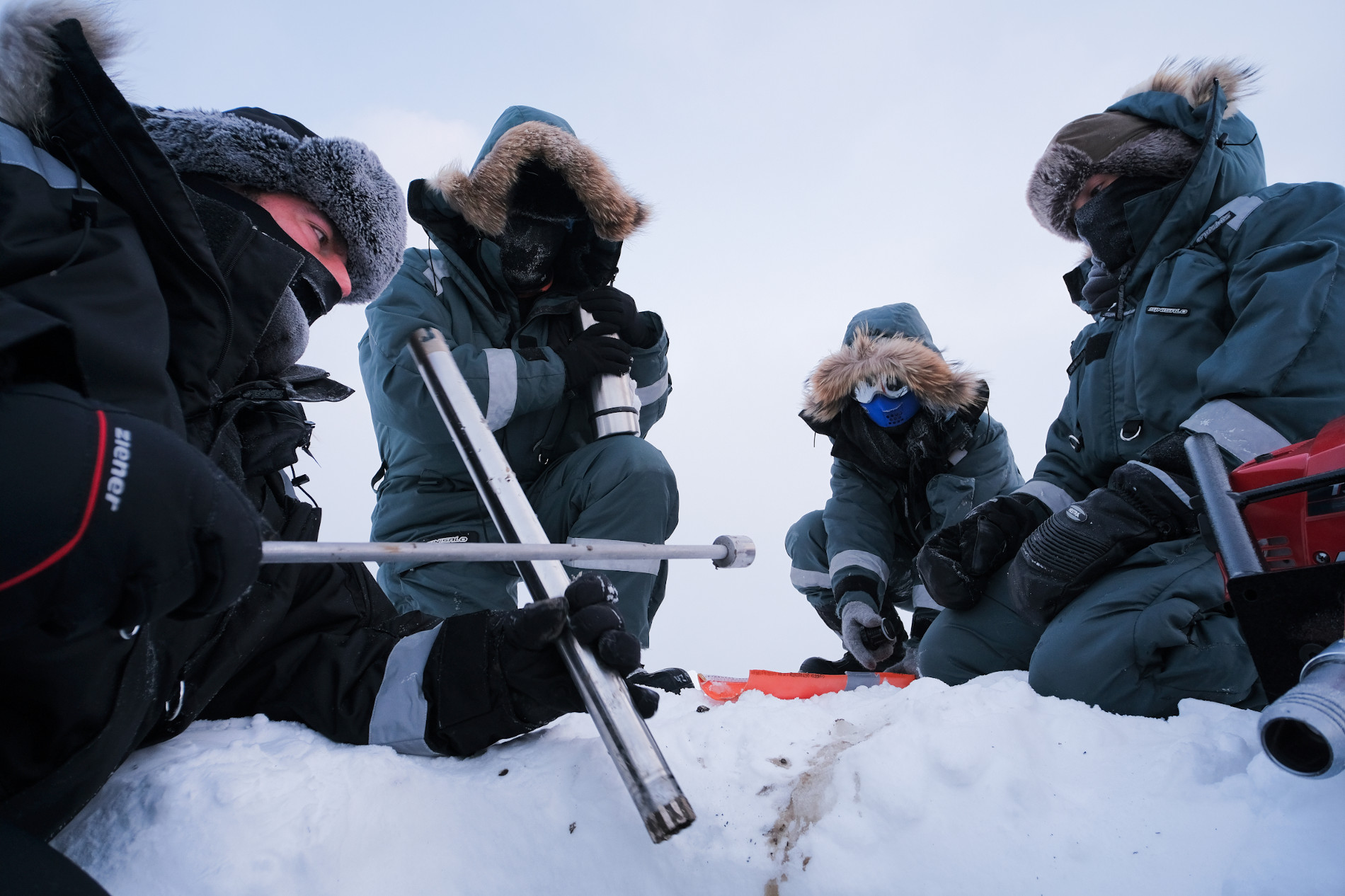 We expect is to find different microbial communities, differently adapted to diverse environmental conditions and therefore characterized by distinct metabolisms. Moreover, once the sampling sites were reached, we took care of recording the geographical coordinates and of measuring the temperature (in and out the drilled area). In addition, the gaseous emissions of CO2, CH4 and H2S were quantified, in order to compare the emissions both among sites and between the winter and summer seasons.

Once the sampling campaign has ended, the samples are taken to the laboratory where specific analysis are performed, such as: 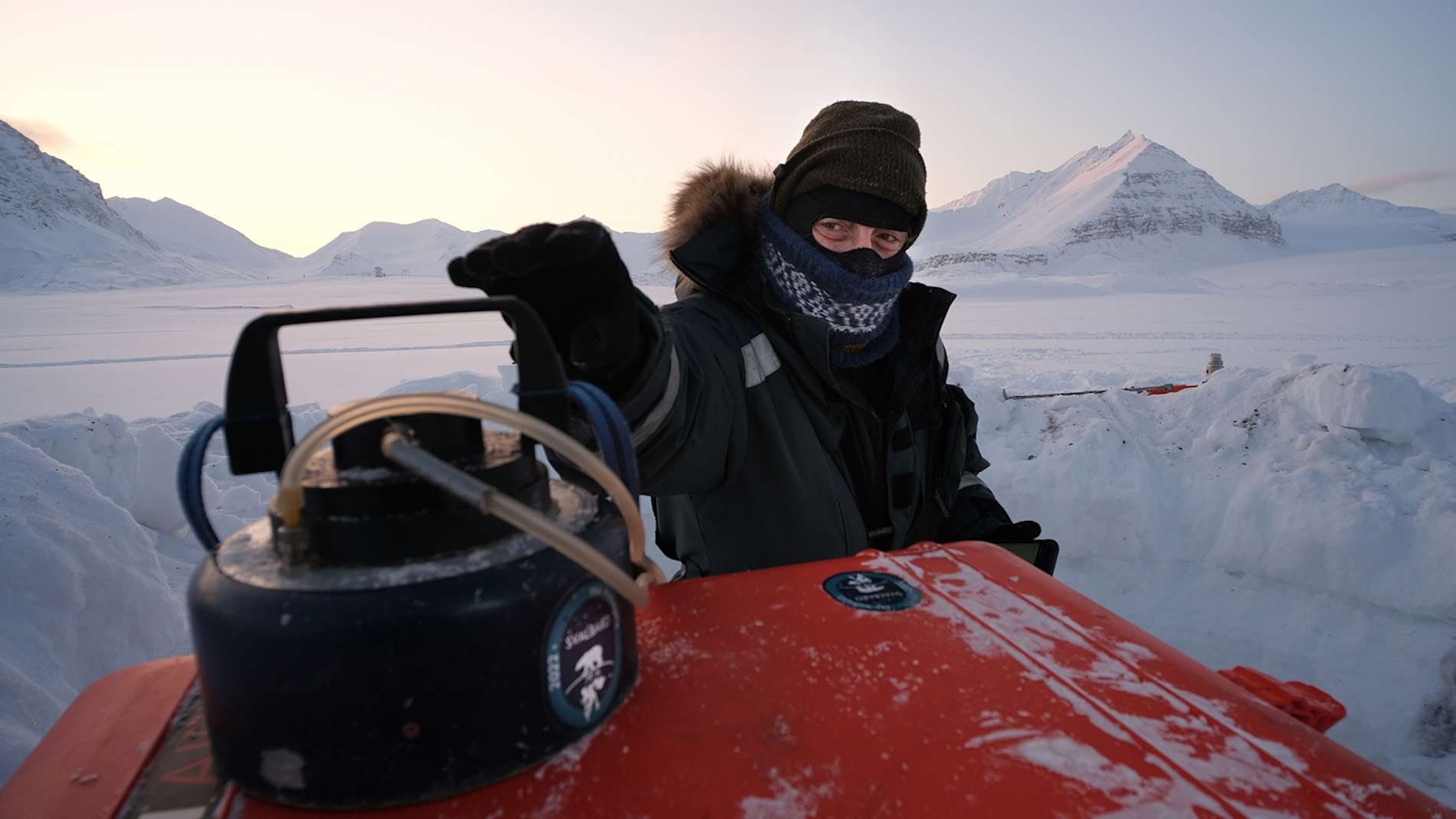 As for the molecular analysis, we will extract DNA and amplify a conserved genomic region through a PCR, which is a Polymerase Chain Reaction. This last step is important to make numerous copies of just one piece of DNA, whose sequence can reveal the phylogenetic relationship of a microorganism to a specific taxonomic group. The resulting data will be used to perform both phylogenetic and meta-genomic analyses, enabling us to take a look at the most abundant microbial groups but also at the main functions and metabolisms characterizing each sample.

On the same samples, geochemical analysis will be performed through special instruments such as the Elemental Analyzer and the ICP-MS (Inductively Coupled Plasma Mass Spectrometer). In particular we will evaluate the total carbon, nitrogen and sulfur (major elements) using an Elemental Analyzer, and the trace elements concentration with the ICP-MS. This data will allow us to evaluate the depth, as well as various correlating organic or inorganic sediment compounds, as important drivers for microbial diversity in this environment.